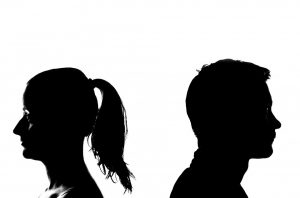 Women often feel they have a greater chance of being granted custody of their child or children.

If you have children and are facing a divorce or separation, you already understand that determining child custody is going to be one of the most important decisions you and your partner make. For more information on child custody law, please read our previous article on the issue. For women in this situation, you might think you have a better chance of being granted sole custody simply because you are the mother of the child. Are you aware of what your rights are, and what the Washington law states on child custody? As a woman, do you have a greater possibility of being granted sole custody? The law in Washington may surprise you.

While the media commonly depicts child custody situations as battles where men often “lose out” and aren’t granted custody of their children, the reality is much different, especially in Washington. Judges in this state rule on custody agreements based on what is called the best interests of the child standard. In most situations, what is seen as “best” is a situation in which both parents are equally involved in raising their child or children. Therefore, when a judge is presented with a parenting plan, he or she hopes to see a balance of responsibilities between both parents. Because this is seen as the best case scenario, couples are highly encouraged to come to an agreement that allows for both parents to have shared physical as well as legal custody.

There are situations, however, where the mother of the child would be favored and possibly granted sole custody. This would involve the father having some sort of history of abuse or neglect. Other situations where a father may be denied custody include a history of not supporting the child, any sort of emotional or physical disability, a problem with substance abuse, or the child/children voicing they do not wish to live with their father. It is important to note that these issues could also prevent a mother from being granted custody.

In the event of a non-married couple separating, both mother and father are still viewed as equally important when determining the future of the child. Both parents will have to establish that they are in fact the parents of the child, but once this happens, the process is very similar to how things are handled in the situation of a divorce. A parenting plan will still be created and presented before a judge to approve.

As a woman, you may expect child custody judges to favor you and grant you larger or sole custody of your child. This is not the case, and in many situations, would not be what is best for the child. If you are facing a divorce or separation, please contact the law offices at Kalkadora Thangkhiew. We will help ensure the best possible parenting plan is created so that you and your partner will be able to successfully care for your child.