Child Custody From a Male Perspective 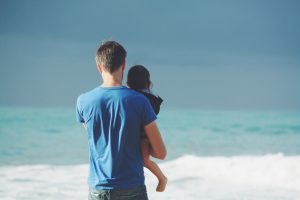 Men often feel like they will lose a custody battle simply because they are not the mother of their child.

Going through a divorce is hard on anyone, particularly when there are kids involved. For men, dealing with child custody issues can feel like fighting a losing battle. Many men feel like they will not be entitled to custody of their children, simply because mothers tend to be more likely to get custody. It is easy to believe the stereotypes, and to think that what happens in the movies is what is going to happen to you. However, do you know what the actual law states when it comes to child custody?

If you are a man currently going through a divorce and feeling like you might not get to see your children, you are not alone. In the state of Washington, child custody is dealt with in a manner that suits what is in the best interest of the child. In many situations, that means joint custody. If a judge were to rule that a father is not allowed custody, it would be due to reasons such as domestic abuse, drug use, or some other negative event.

Men often feel that they cannot speak up when dealing with child custody issues, and that is the biggest hurdle they will have to overcome when determining what is best for their child or children. In Washington, child custody is determined based on a parenting plan. This plan is intended to be a collaborative effort between both parents, meaning the father of the child has just as much of a right to speak up and make known what level of involvement he wants with his child. There is no reason a father should be denied physical or legal custody if he is a good parent that is capable of supporting the child physically, financially, and emotionally.

Going through a divorce is never easy, and determining what is best for a child is an incredibly important task that the state of Washington takes very seriously. Should parents not be able to come to a decision on a parenting plan, the case will go to trial and a judge will make the final ruling. If this should happen to you, keep in mind that the law is on your side. A good parent who wishes to remain in his or her child’s life will not be denied custody without a legitimate reason.

At the Law Office of Kalkadora Thangkhiew, we deal with child custody cases all of the time and are prepared to achieve the best possible outcome for both you and your child. If you are worried about losing your child in a custody battle, the best thing you can do is contact our office now for a free consultation.